Larry Gelbart, the man most responsible for bringing M*A*S*H to the small screen, has died at the age of 81. He wrote the pilot episode, which premiered in September of 1972, and stayed with the show through the end of its fourth season in 1976. He wrote or co-wrote several dozen other episodes and directed six. He also created AfterMASH. But his career in television began decades earlier when he was a writer for Caesar’s Hour and Your Show of Shows. In 1980 he created United States, a short-lived sitcom starring Beau Bridges.

Gelbart was also involved in theater and movies, co-writing the award-winning play A Funny Thing Happened on the Way to the Forum as well as the feature film Tootsie. He released his memoir, Laughing Matters:: On Writing M*A*S*H, Tootsie, Oh, God!, and a Few Other Funny Things, in 1998. Gelbart was inducted into the Television Academy Hall of Fame in December of 2008 and was present at the 2009 TV Land Awards in April of 2009 to help accept the Impact Award for M*A*S*H. 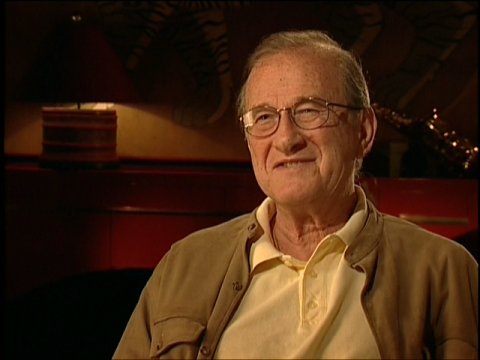 Larry Gelbart in 2002 (from the 30th Anniversary Reunion Special)

Obituaries can be found at the Los Angeles Times, CNN.com and Variety. I extend my personal condolences to Gelbart’s friends and family and I am sure the entire M*A*S*H fan community feels the same way.

Larry’s genius for writing changed my life because I got to speak his lines — lines that were so good they’ll be with us for a long, long time; but his other genius — his immense talent for being good company — is a light that’s gone out and we’re all sitting here in the dark.