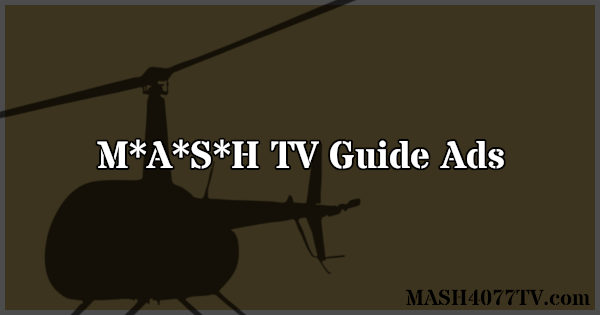 For your enjoyment, here are a selection of black & white advertisements from TV Guide magazine promoting episodes of M*A*S*H, including the very first episode. Today, TV Guide is no longer the wildly popular television magazine it once was. But back in the 1970s and 1980s it was one of the only ways to find out what was on television.

Here are some ads for specific episodes. Typically, season premieres and finales were heavily promoted with large ads while regular episodes were only given text in the listings. 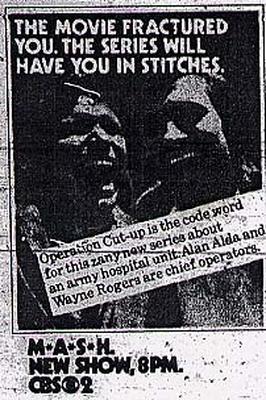 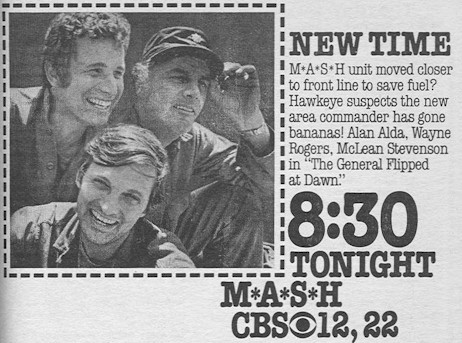 “The General Flipped at Dawn”

“Officer of the Day” 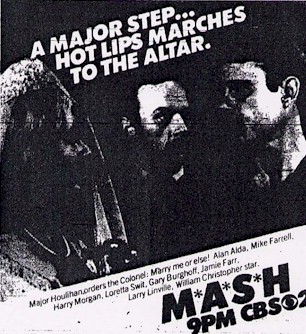 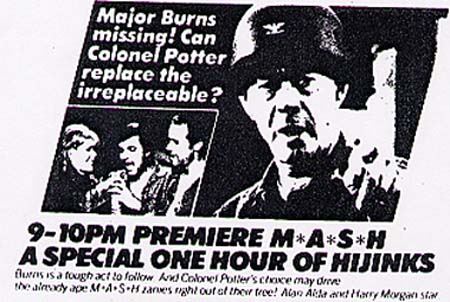 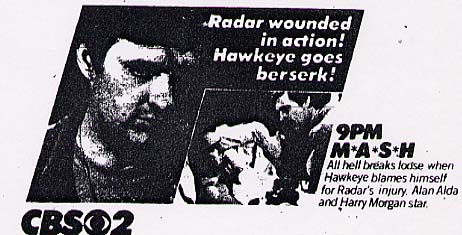 “Hey, Look Me Over”
Syndicated Advertisements

In addition to new episodes, ads would be placed in TV Guide issues to promote syndicated repeats of M*A*S*H, on various CBS affiliates and other stations. M*A*S*H was (and is) shown often in numerous local markets throughout the country. The following are a sampling of these syndicated ads: 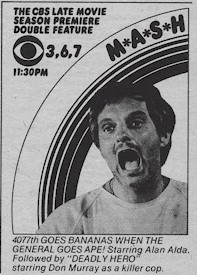 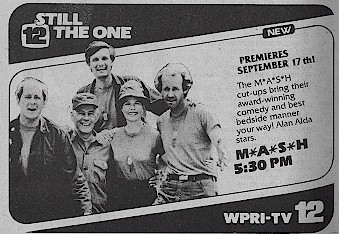 The last TV Guide advertisement for M*A*S*H likely ran in the late 1990s or early 2000s, perhaps relating to its cable debut on FX.