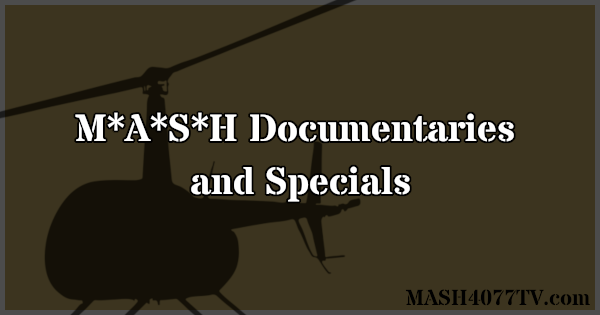 In the thirty-five years since M*A*S*H first went on the air 1972 there have been a variety of special television programs dedicated to the sitcom, including two cast retrospectives, one documentary and several other programs. Many of these specials have been released on DVD as part of the “Martinis & Medicine” complete collection in November 2006, although several are currently unavailable. In addition to these programs dedicated solely to M*A*S*H, the series has been included in countless other television documentaries and specials.

(Read all about “Making M*A*S*H” in this full-length article.)

The very first television special dedicated to M*A*S*H was a documentary entitled “Making M*A*S*H” originally aired on PBS stations throughout the United States on January 21st, 1981. It was shot during the production of two Season Eight Episodes (“Old Soldiers” and “Lend a Hand”) which originally aired on CBS in January 1980.

It would be a decade before the next special aired. Hosted by one-time M*A*S*H guest star Shelley Long, “Memories of M*A*S*H” included brand-new interviews with the cast as well as producers, creators and guest-stars. The 90-minute retrospective aired on November 25th, 1991 on CBS as part of its “Classic Weekend II,” which also included “The Bob Newhart 19th Anniversary Special” and “The Best of Ed Sullivan II.” Dozens of clips from over over sixty different episodes were shown. It was the brain-child of Michael Hirsh (also responsible for “Making M*A*S*H”) and coincided with the 20th anniversary of M*A*S*H. The broadcast ranked fourth for the week and helped CBS win the Thanksgiving “sweeps” week. A rebroadcast in August 1992 tied for 38th.

In 2002, in celebration of the thirtieth anniversary of M*A*S*H, cable channel E! aired an hour-long documentary as part of its TV Tales series. Most of the cast and production staff appeared; Alan Alda and Harry Morgan were among those missing. The M*A*S*H edition of TV Tales was first broadcast on Sunday, April 21st, 2002 at 9:00PM, followed by another broadcast at 10:00PM. Two more broadcasts were shown that week, and the special has aired several times since then. It was not included in the Martinis & Medicine collection.

A month later, on May 18th, 2002, FOX broadcast the official “30th Anniversary Reunion Special”, which brought together the entire surviving cast (as well as members of the production staff and frequent guest-star Allan Arbus). First announced in early April 2002, the reunion special was confirmed a week or so later. Produced by Mike Farrell, who wanted to make sure the special wasn’t exploitative, the two-hour special was edited down from multiple hours of footage shot of the cast and crew in the weeks before the special aired. 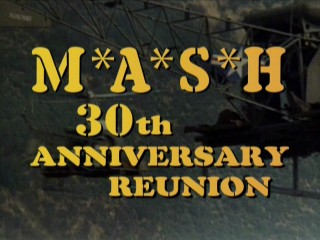 In early May, FOX started promoting the special and it even received coverage on CNN.com and other news outlets. The “30th Anniversary Reunion Special” ranked first in its time slot with over ten and a half million viewers tuning in. A repeat broadcast was planned for October 2002, but baseball got in the way, so FOX showed its again on Friday, December 27th, 2002. The reunion special was included as part of the “Martinis & Medicine” collection. 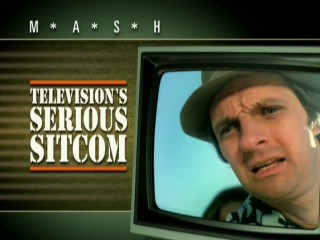 The A&E documentary appears to have originally been intended as an episode of its TV-Ography series, a spin-off of Biography (see this discussion at the Sitcom’s Online Message Boards).

The version broadcast by A&E differs slightly from the version available as part of the Martinis & Medicine collection. Tthe A&E version opens with a “Cult TV” sequence and a short scene with the hosts playing poker. Jamie Farr recalls the early days of M*A*S*H and the documentary begins. Here it is:

The version on the DVD begins with a generic “Biography” opening and a two minute introduction of M*A*S*H before the documentary begins. Otherwise, the two versions are identical.

10 Replies to “M*A*S*H Documentaries and Specials”