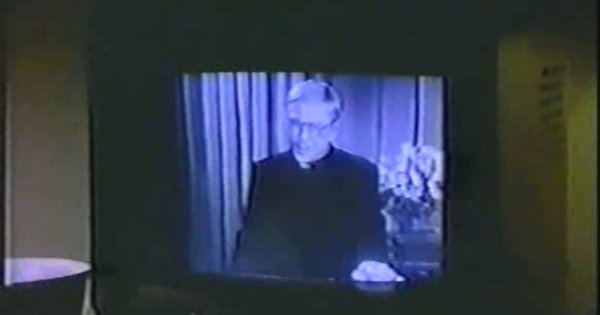 There’s an awful lot of fighting in this episode. The Potters have their first fight ever. Dr. Boyer is literally getting into fights to blow of steam and deal with stress. And Klinger argues with Soon-Lee about going on disability to earn extra money. Klinger also chases down and tackles Alma Cox while trying to recover a letter he asked her to mail.

Wendy Girard continues to impress as Dr. Lenore Dudziak, who once again faces down Dr. Boyer and triumphs. She invites him to talk about his anger but of course he refuses. Ultimately, she’s able to get him to open up just a little by forcing him to interact with other veterans with similiar issues.

Father Mulcahy is only seen briefly at the start and end of the episode, delivering inspirational message on television at five in the morning.

Wally Wainwright does not appear in this episode.

For the first time this season, an episode ends without “To Be Continued…” on screen.

There are no references to the 4077th but there is a flashback to Klinger’s arrival in Korea. He’s shown getting off a plane at Kimpo Airfield.

This is the second of two episodes directed by Charles S. Dubin, who directed 44 episodes of M*A*S*H between 1976 and 1983, more than any other director.

Scriptwriter Jay Folb worked on M*A*S*H as a story consultant and later executive story consultant from 1976 to 1978. He wrote or co-wrote five episodes between 1975 and 1977, including “Of Moose and Men” and “Movie Tonight.”