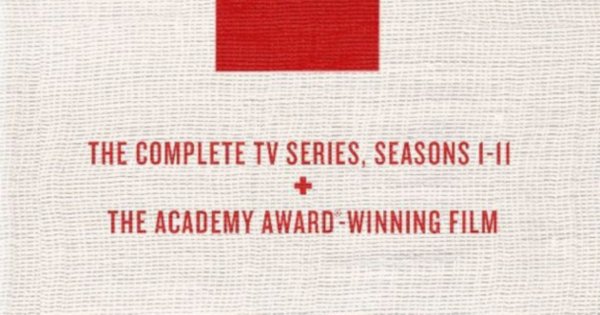 Last month, 20th Century Fox quietly re-released M*A*S*H on DVD. “The Complete Collection” is a 34-disc set that includes all 11 seasons of the TV show plus the 1970 movie. It does not include the two discs of bonus features originally released as part of “The Martinis & Medicine Collection” back in 2006. That set has been out-of-print for years.

You can still buy individual season sets in some stores and online. The 3-disc set containing “Goodbye, Farewell and Amen” and the two bonus discs from “The Martinis & Medicine Collection” is also still available.

The suggested retail price for “The Complete Collection” is $99.99 but online retailers are offering it at a discount. Currently, both Amazon and Walmart are selling it for $62.69, although Amazon warns it may take up to four weeks to ship. It’s also available at Target ($80.89), Best Buy ($69.99), and Barnes & Noble ($69.99). Walmart, Best Buy, and Barnes & Noble indicate the new set is available in stores while Target has it as an online exclusive.

The only reviews I’ve been able to find are at Best Buy’s website. All five reviews give “The Compete Collection” five stars.

Please note the stock artwork at Amazon is wrong. It has “33-Disc Set” on the spine. Pictures of the set listed on eBay have “34-Disc Set” on the spine. Also, I do not know if “The Complete Collection” is or will be sold in other DVD regions. It is for sale in Canada which shares the same Region 1 DVD code with the United States.