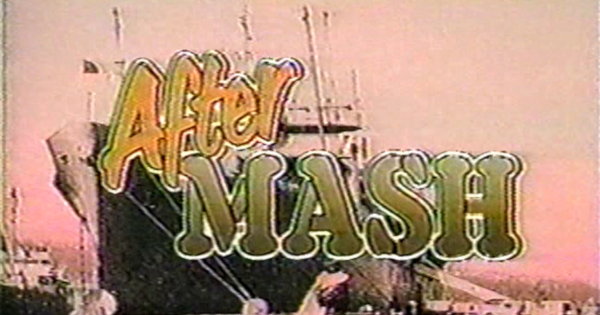 Starting this week, I’ll be reviewing an episode of AfterMASH every Wednesday in original broadcast order. Why Wednesday? Because September 26th marks the 35th anniversary of the premiere of AfterMASH on CBS back in 1983. It seemed like the perfect opportunity to launch a weekly AfterMASH Episode Spotlight review.

My AfterMASH reviews will be a bit more structured than my M*A*S*H reviews. What they won’t have are summaries. I hate writing summaries. I know most fans haven’t seen AfterMASH but I just couldn’t bring myself to sit down and write a summary and a review. However, each review will include the brief summaries published in TV Guide and The Hartford Courant. You can also find full summaries for every episode at Rob Kelly’s M*A*S*H blog.

As most M*A*S*H fans know, AfterMASH isn’t commercially available in any format. I’ve managed to cobble together complete set of the 31 episodes but unfortunately the quality is quite bad. One is dubbed in a foreign language. I only have three episodes transferred directly from VHS, including the first half of the hour-long series premiere (“September of ’53”). Two of them are in decent shape. The third is pretty rough. Most of the other episodes are even worse. I don’t know the original source but I think someone downloaded them from YouTube years ago and then burned them to DVD.

Here are some comparison images, taken from my VHS transfer of “September of ’53” and a copy of the episode likely from YouTube:

The images from VHS aren’t great but they’re much better than the YouTube episodes, which are heavily compressed. I tried to find a complete set of episodes transferred from VHS but wasn’t able to. If anyone has a good set of episodes taken directly from VHS, please contact me.

A brief scene from the end of “September of ’53” was included in a 2003 A&E documentary titled “M*A*S*H: Television’s Serious Sitcom” and the quality is very good:

It’s too bad AfterMASH isn’t on DVD. It may not have lived up to M*A*S*H but I think it still deserves to be seen and there are many people, like myself, who would jump at the chance to own the show on DVD.

Check back on Wednesday for my review of the hour-long series premiere of AfterMASH.