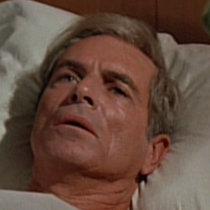 Actor Tim O’Connor, who made two guest appearances on M*A*S*H, died last week (April 5th) at the age of 90. O’Connor is best remembered for his role on Peyton Place, the popular ABC prime time soap opera from the 1960s. He also had a regular role on Buck Rogers in the 25th Century from 1979 to 1980.

Obituaries can be found at The New York Times and The Hollywood Reporter.

3 Replies to “Episode Spotlight: Of Moose and Men”