Capsule Summary: Clete Roberts returns to the 4077 MASH for another visit.

I don’t have much to say about “Our Finest Hour” because there isn’t much episode to discuss. It’s a clip show. Clip shows have a bad reputation, for good reason. They often feature weak story lines that do little more than link clusters of clips together. “Our Finest Hour” uses interviews to introduce clips from earlier episodes.
Despite decent writing and acting, the simple fact that this is a clip show makes the episode tough to sit through.

It certainly doesn’t help that this is a sequel to one of the most acclaimed M*A*S*H episodes of all time. With the clips removed, “Our Finest Hour” still pales in comparison to “The Interview.” The interview segments are too short. Between the clips and the newsreel footage, there isn’t much time left in the episode. I haven’t done the math but I wouldn’t be surprised if the episode features only 20-25 minutes of original content. Perhaps even less than that.

I do like some of the interview segments, like Charles explaining why he loves classical music or Radar saying he doesn’t want to talk about all the suffering he sees. I don’t like how the episode reuses Father Mulcahy’s “steam rises from the body” speech. He originally delivered it during “The Interview” so it’s in black and white like the other interview segments in “Our Finest Hour.” That means it doesn’t stand out as a clip. It almost feels like an attempt to trick the audience. 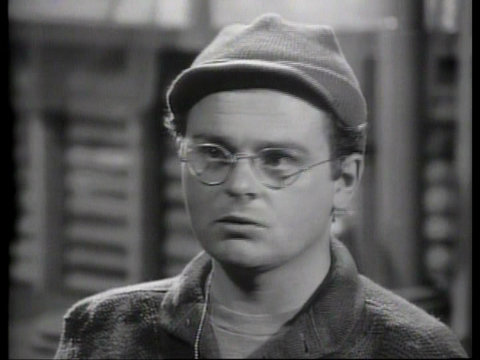 CBS originally aired “Our Finest Hour” as a one hour special from 8:30-9:30PM ET on Monday, October 9th, 1978. For those who may not know, only the two-part, syndicated version is available on DVD. According to a notice on the DVD, “the original master materials were damaged and proved two be unworthy of DVD release.” However, back in the 1990s, Columbia House released the episode uncut on VHS.

A decade ago, I compared the uncut version on VHS to the syndicated version on DVD and discovered roughly four minutes are missing from the DVD. Thankfully, only clips from earlier episodes are missing. None of the black and white “interview” segments are missing.

“Our Finest Hour” is the only episode of M*A*S*H to be edited on videotape rather than film. Bob Schneider receives a Video Tape Editor credit in the closing credits. Stanford Tischler and Larry L. Mills are also in the closing credits as Film Editors. The final broadcast version of the episode was edited on videotape in order to accommodate clips from earlier episodes. Presumably, these master videotape(s) are the “original master materials” that were damaged.

A team of outside producers were involved in crafting “Our Finest Hour,” including co-producer Phil Savenick and associate producers Doug Bleeck, Bonnie Peterson, and Susie F. Walker. Some day, I hope to learn more about how this episode came about.