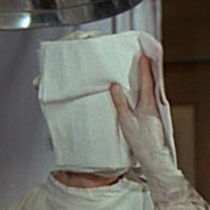 Capsule Summary: After criticizing Frank’s competence as a surgeon, Hawkeye finds himself question his own ability when a patient starts to spiral in post op.

“Sticky Wicket” may focus on Hawkeye but in my opinion it’s Frank who steals the episode with a rare display of humanity. When he tells Hawkeye “Anybody could’ve missed that” in the OR, Frank demonstrates more maturity than Hawkeye, who spends the bulk of the episode sulking. Hawkeye physically attacks Frank and gets upset with nearly everyone else: Ugly John, Trapper, Henry, Radar, and Margaret.

Of course, it’s easy to over-analyze a single line of dialogue. Is Frank showing some depth? Is he trying to bury the hatchet? Does he truly believe what he says to Hawkeye? Is it evidence Frank knows he’s a terrible surgeon, especially in comparison to Hawkeye?

Considering how quickly and eagerly Frank and Margaret went above Henry’s head to get Hawkeye and/or Trapper in trouble in other episodes, it’s hard to believe neither of them reported Hawkeye for assault. Margaret actually tries to help Hawkeye, because she also cares about her patients, and he rudely dismisses her. More than any other interaction, Hawkeye shutting Margaret down because she was “just assisting” makes him look bad.

Hawkeye insults Henry as well but Henry throws an insult right back. Their conversation in the Supply Tent is vaguely reminiscent of–but nowhere near as memorable or powerful–their conversation in “Sometimes You Hear the Bullet” about soldiers dying.

Henry: “I’m leaving, I’m leaving. But not before I tell you to give up the luxury of trying to be Dr. Perfect in this G. I. butcher shop. You know, you can save that luxury for when you go back home to your private practice where you can pick the kind of patients that won’t go sour on you.”
Hawkeye: “Do you know something, Henry?”
Henry: “What?”
Hawkeye: “You’re not nearly as dumb as I thought you were.”
Henry: “Thanks. You know something, Pierce?”
Hawkeye: “What?”
Henry: “You’re disgusting when you try to be nice. See you around.”

The flaw in the episode is the simple fact that Hawkeye doesn’t change. He spends the entire episode acting childish and self-absorbed yet never apologizes or even acknowledges his behavior. He does thank Frank for his “Anybody could’ve missed that” comment. He also calls Margaret beautiful, which could be his way of apologizing. But it’s not enough. Hawkeye’s talent and his dedication don’t excuse how awful he was to his friends and colleagues. 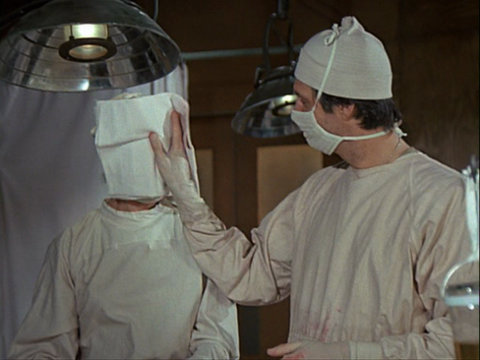 Margaret and Hawkeye after a successful surgery

A British phrase, “sticky wicket” refers to a difficult or awkward situation. It comes from the sport of cricket.

This episode features the jazzier version of the opening theme song.

Footage from the opening credits, including the iconic running nurses sequence, is reused in this episode.

During the fight in the Mess Tent, Trapper can be seen trying to grab Hawkeye from behind and, later, seconds later running in from off-camera to help Henry restrain Hawkeye.

Lynnette Mettey makes her second of three guest appearances as Lt. Nancy Griffin in this episode. Bizarrely, despite having a decent amount of dialogue (presumably once again playing Lt. Barbara Bannerman), Bonnie Jones is uncredited.