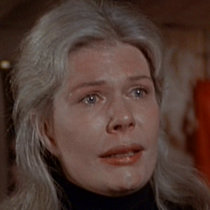 Capsule Summary: Margaret has her hands full dealing with an emotional nurse. Meanwhile, Radar decides to get a tattoo.

Although Margaret’s A story and Radar’s B story make up the bulk of this episode, the scenes that stick out for me are those involving Charles. This was the fourth episode produced for Season 6 (although it aired ninth) and it’s clear that the writers were still working on the character of Charles Emerson Winchester, III. He has multiple scenes in this episode but no real story line: in the O.R. he’s snobbish, with Margaret in the Mess Tent he’s a bit of a flirt, and in the Swamp he’s patriotic.

His snobbery during surgery feels too exaggerated. The writers knew they wanted Charles to be aristocratic but they hadn’t yet worked out exactly how to portray that. A few of his lines–“Only the common people truly believe that the world turns on a dime” and “Some people are born with a taste for money and the rest are born with a craving”–don’t entirely fit with how Charles was fleshed out over the years.

Charles and Margaret in the Mess Tent is uncomfortable to watch. There’s been a lot of speculation among M*A*S*H fans that the writers toyed with putting Charles and Margaret together–or at least laying groundwork for a potential romance–and it’s hard not to see that play out in this scene. There’s more than a hint of flirting from Charles, so it can’t be that he just didn’t understand the gossipy nature of the 4077th.

As for Charles waxing patriotic about General MacArthur, here’s another example of an attitude that really doesn’t fit the more established Charles. It’s something Frank probably would have done. Personally, I’m glad the writers decided not to make Charles as jingoistic as Frank. Charles was political but not a rapid flag-waver.

Margaret’s A story is solid but not perfect. Her breakdown over the death of the dog was meant to highlight how compartmentalized Margaret was emotionally. She was able to handle dying patients, horrible wounds, and young soldiers torn apart by war. That was normal. That was war. A dog being hit by a car wasn’t an everyday occurrence. She let her guard down, got attached to the dog, and it dying tore her apart.

The whole thing is just a little too neat and tidy. Margaret doesn’t think Nurse Cooper is cut out for MASH duty, Colonel Potter overrules her, the dog arrives and is killed, and suddenly Margaret realizes she has to cut Cooper some slack. I wish there had been more of a reaction from Margaret to Cooper calling her “tough and unfeeling” during the following exchange:

Margaret: “Oh, but don’t worry, Colonel Potter’ll change his mind. One day he’ll be resecting a bowel and he’ll yell for suction and retraction and there won’t be anyone there to give it to him because you’ll be God knows where crying your eyes out.”
Cooper: “That won’t happen, Major.”
Margaret: “Oh?”
Cooper: “I won’t give you the satisfaction. From now on, I’m going to be just as tough and unfeeling as you are.”

It has to be a brutal thing for Margaret to hear, even if she knows that she’s not unfeeling at all. I think Margaret’s story line would have been stronger if somehow the dog’s death and her breakdown tied into what Cooper said about her.

Radar’s B story is harmless enough but also a perfect example of just how drastically Radar changed after the first three seasons. “Images” conveniently ignores the fact that Radar had a tattoo in “Check-Up” during Season 3, back when he wasn’t so innocent. Here he wants to get a tattoo because he’s “tired of being a nobody” and wants to be “the object of respect, fear, and sex.” The only thing sillier than that explanation is Radar’s hat popping off when he tries to pick up the weights.” 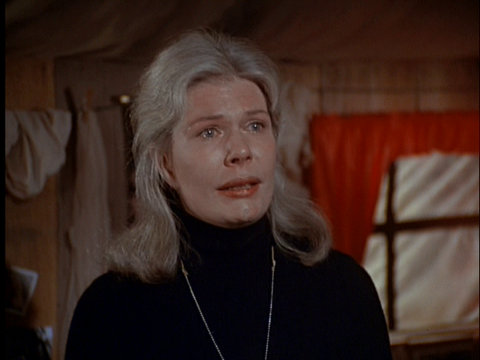 There are eight credited guest stars in this episode. Most are easy to place but I’m not sure where Carmine Scelza (credited as “G.I.”) and Joseph Hardin (credited as “Patient”) show up. Scelza might be the tattoo artist at Rosie’s who calls for Radar. Unless I missed it, the only patient with any lines is Hendrix (played by Larry Block), the soldier with all the tattoos who has a long chat with Radar. So where is Hardin? Could he be the patient Cooper is tending to before Margaret asks Nurse Campbell to relieve her?

If you look very closely as Margaret walks away after telling Klinger to only feed the dog scraps, I swear it looks like the dog’s back legs both lift off the ground. That dog must have really loved eating whatever was on the tray.

What’s with the brief, seemingly random interaction between Hawkeye and a nurse in the Mess Tent doorway? He opens the door, Goldman walks out, and then Hawkeye lets a nurse go in front of him: “Right this way, we have a lovely table for one with a view of the mosquito netting.” Was the script short, so some filler was added? Was it meant to remind viewers that Hawkeye is constantly joking around?