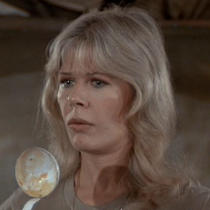 There are three very different storylines running through this episode. I’ll tackle the Charles A story first because the episode named after him. I think it works pretty well. We all probably know somebody who always tries to top stories like Charles. So we can understand how frustrated Hawkeye and B.J. felt when Charles continually topped their stories and tales. It fits Charles perfectly, of course. It also gave Margaret something to do. I especially like how we never learn how or why Charles managed to have dinner with Audrey Hepburn.

I’m calling the morphine/placebo storyline the B story. It ties into the Charles A story slightly but stands on its to some degree. I find it a little unbelievable the placebo effect would work for so many people. Also unbelievable is the throwaway line that the other patients were fine with sleeping pills and ice packs. Actually, the unbelievable part is that the placebo pills conveniently worked on the patients in the most pain, leaving the sleeping pills and ice packs for those with more superficial injuries.

That makes Corporal “Boots” Miller the C story. Left somewhat unclear at the end of the episode is whether Boots is actually insane or just really, really good at faking insanity. Clearly, even Klinger thinks Boots is nuts and Colonel Potter agrees. The tag scene suggests Boots is unstable. Why else would he send a letter to Colonel Potter asking for a picture of the glinder he supposedly shot down in Korea? He’s already out of the Army so why would he still be pretending?

At no point during the episode do we see Boots acting normally, aside from a minute or so when he seems to be listening to Klinger. It’s good to know Klinger had his limit: he could have tried to pull a similiar stunt and fired his rifle into the air. That was what convinced him Boots was insane. Speaking of the rifle, when Boots was shooting at the gliders and a crowd gathered, Colonel Potter was not among them. He should have come running. 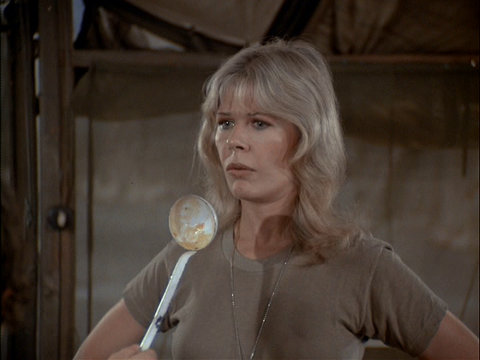 Margaret doesn’t want to be interviewed.

View-Master released a packet of three reels based on this episode.

Hamilton Camp later played Major Frankenheimer in “The Moon is Not Blue” during Season 11.

Hawkeye, B.J., and Father Mulcahy putting together the placebo pills with their bare hands was very unsanitary.