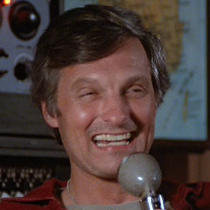 Capsule Summary: Charles tries to curry favor with the colonel who banished him to the 4077th while Hawkeye bets B.J. he can go a day without cracking a single joke.

I like this episode a lot. It was rare for M*A*S*H to follow up earlier episodes but this is a sequel of sorts to “Fade Out, Fade In” from Season 6. I think both storylines are firing on all cylinders. The Charles/Colonel Baldwin A story ends somewhat unbelievably, in my opinion, but still works very well and seeing Charles grovel is always fun. Hawkeye’s B story is harmless but amusing.

I’ll start with the B story. First off, I’m glad it was the B story. It was nowhere near strong enough to build an episode around and trying to expand it would’ve been a mistake. It works so well because it is short and to the point. I think Alan Alda did a great job portraying Hawkeye as a funnyman desperately trying to be serious. I particularly like the following exchange:

Colonel Potter: “Major, you were kind, courteous, and every bit the gentleman. What do you have up your sleeve?”
B.J.: “Maybe a gun? Does a Winchester carry a Derringer, hrm?”
*pause*
Hawkeye: “It seems unlikely.”

Hawkeye on the PA system near the end of the episode is a great scene although truthfully none of his jokes are very funny.

As for the A story, I can’t decide which part I like better: Charles trying to grovel in front of Colonel Baldwin or his defense of Margaret. It could not have been easy for him to call 18-year-old cognac “hooch” and “rotgut” or refer to his beloved Boston as Beantown. It also wasn’t easy to give up his chance to return to Tokyo in order to support Margaret but Charles managed to dig deep and do the right thing.

Colonel Potter barging into the Officers’ Club to confront Baldwin felt unrealistic to me. That was way too public but it meant there was an audience. Also, I doubt Baldwin would have honored his promise to bring Charles back to Tokyo. 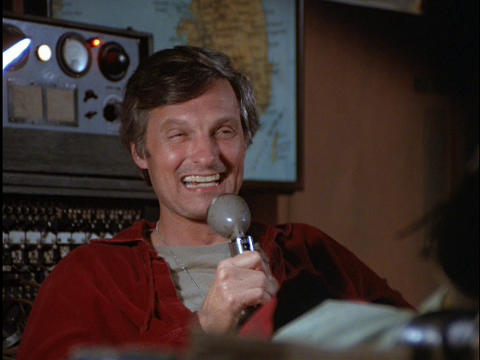 Father Mulcahy has almost nothing to do in this episode. Klinger doesn’t do much, either, but he is the one who gives Charles the idea to be nice to Baldwin, so he does have an impact on the episode.

Pay close attention to the extras in the Officers’ Club when Potter is confronting Baldwin. Some of them aren’t really paying attention. Others seem amused. One woman stands up right when Margaret says “I have never seen such deviance” to get a better view of the argument. There are also people watching across the compound through the open door to the Officers’ Club.

Mae Hi, who appears in this episode as the prostitute Charles tried to hire for Baldwin (credited simply as Korean Woman) would later play a prostitute named Sun Kin in “Give ‘Em Hell, Hawkeye” in Season 10. Perhaps the same one?