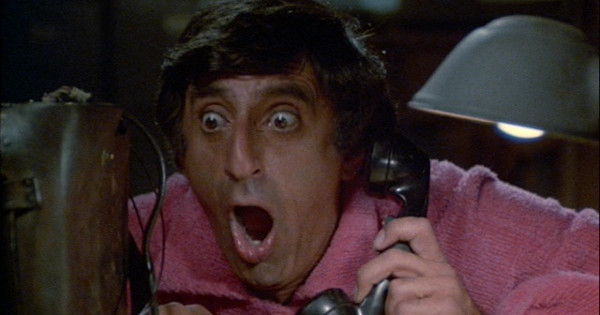 Capsule Summary: While the 4077th deals with an outbreak of salmonella poisoning, Hawkeye and B.J. are stranded behind enemy lines.

There are a few parts of this episode I like but as a whole it just doesn’t work. The antics of Hawkeye and B.J. and Ralph are amusing but totally unbelievable and honestly pull me right out of the episode. Hawkeye and B.J. should have been terrified when they first encountered a North Korean soldier–and truly petrified when they ran into an entire patrol–yet all they did was crack jokes. Obviously we knew nothing would happen to them but without any tension or fear the jokes really fall flat for me.

Back at the 4077th, poor Father Mulcahy is practically beside himself at the thought of caring for so many sick patients. He has never felt more needed or useful. Because dealing with food poisoning is so much more important than administering the Last Rites and comforting dying soldiers he comforted.

Even the superb talents of David Ogden Stiers can’t keep me from hating Charles, who in this episode seems sexist, racist, and juvenile. Certainly Charles was petty and snobbish but calling Margaret a bimbo? Really?

I’ve never entirely understood the freeze frame at the end of the episode. Why does Klinger look so surprised and/or uncomfortable right after he says “Stuff it!” to Sgt. Thomopoulous on the phone? The only explanation I can think of involves severe gastrointestinal distress.

“The Yalu Brick Road” was the first of four episodes written or co-written by Mike Farrell, making him the third member of the cast to pen an episode (after McLean Stevenson and Alan Alda).

This episode also marked the first appearance of G.W. Bailey as Rizzo. He reappeared in “Captains Outrageous” but was credited as The G.I. Rizzo wouldn’t return until “Morale Victory.”

Soon–Tek Oh made his fourth guest appearance on M*A*S*H in this episode and previously played a North Korean in “The Bus” (Season 4) who–like Ralph–wanted to surrender. Byron Chung and Bob Okazaki likewise made earlier guest appearances.

An extra can be seen walking next to the Swamp as Hawkeye, B.J., and Ralph are making their way to Post-Op. Who could it be? Wasn’t everyone sick in bed?