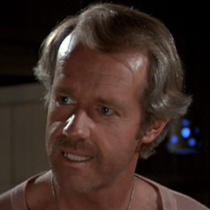 Capsule Summary: B.J. obsesses about money after learning that Peg is getting a job; meanwhile, Colonel Potter has to take a driving course.

From what I’ve read over the years, this is an episode that very few M*A*S*H fans enjoy. It’s true that it features yet another chapter in the never-ending saga of B.J. missing his family but for some reason it didn’t bother me that much this time. Maybe that’s because we got to see him get chewed out by Margaret and later show up in the Mess Tent to apologize. He really got put in his place.

B.J.’s initial reaction to Peg’s letter is somewhat understandable. He wasn’t upset that Peg was getting a job because he felt a woman’s place should be in the home. And it wasn’t just that he felt bad he wasn’t able to provide for his family. Peg apparently put him through medical school and their plan was for him to then support her so she could stay home and take care of Erin. Now, thanks to the Army, that plan has been thrown out the window.

If B.J. had seriously, rather than irrationally and bizarrely, tried to earn money to pay off the mortgage, the episode may have worked better. He could have turned to Charles again, who lent him money for a down payment on a piece of land in “The Merchant of Korea” in Season 6. He could have tried to sell everything he owned, for example, and then somehow have to get it all back by the end of the episode to maintain the status quo.

Colonel Potter’s storyline here isn’t terrible even if there is some overacting on the part of Harry Morgan. The best part is Rizzo and his fearful response to having to teach his commanding office along with his continued attempts to let Potter slide through without doing any real work. 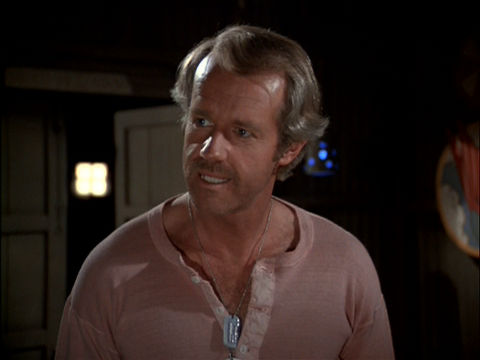 The pinball machine sparking and dying after B.J. smashes it with his hands is a bit much. Is he the reverse Fonzie? And just who at the 4077th is going to be able to fix it? I doubt Igor or Rizzo know how to fix pinball machines.

For some reason the Internet Movie Database entry for this episode lists Eileen Saki as part of the cast, playing Rosie. She’s not included in the ending credits and I don’t remember seeing her in the episode.

Tony Becker, who played the late-for-driving-school Private Brown in this episode, later guest starred in a February 1982 episode of Trapper John, M.D.