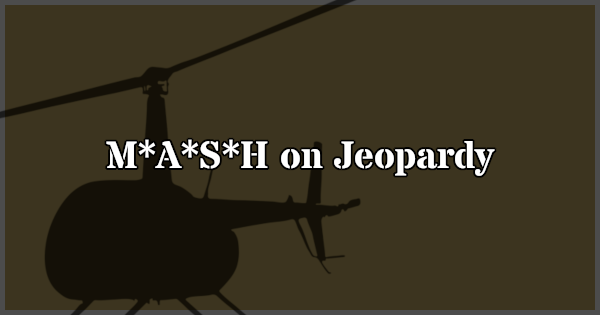 Yesterday’s episode of Jeopardy! included a M*A*S*H clue during the first round. In the “They Said It on TV” category, in which contestants had to identify who said something on TV, the $600 clue was the following:

“Some nurses in the Army, they haven’t tied the knot, but this one’s gonna
try it with Donald Penebscott.”

Most M*A*S*H fans will easily get this — as did one of the contestants. But if you’re drawing a blank I’ve updated my M*A*S*H on Jeopardy! page with this latest clue, including the answer.