Capsule Summary: Colonel Potter writes his wife to celebrate their anniversary. Radar tries to get comfortable with the 4077th’s new CO. And Frank and Margaret conspire to get Potter an anniversary present.

This was an early Season Four episode and I think it shows. It seems like the cast and crew were still figuring out the new post-Henry Blake, post-Trapper John M*A*S*H. Colonel Potter most of all seems a little bit off, a little bit blandly serious. Not so much for B.J. but that’s only because he doesn’t really have much to do.

Despite airing as the seventh episode of the season, this really feels like it should have come third, after “Welcome to Korea” and “Change of Command.” Radar especially acts as if Potter has only been in command for a short while. On an unrelated note, it’s tough to take Radar seriously when he tells Potter that he’s just a kid considering Gary Burghoff was 32 when the episode was produced.

For a letter home episode it doesn’t feel like it involves much writing on the part of Potter. He starts the letter in his office, gets a little more written in the mess tent about Father Mulcahy, does a little writing about Margaret and Frank in his tent and then wraps things up again in his office. Most of the writing happens in real time; the only recollection is the movie night in which Father Mulcahy sings “All Dressed Up” with Lt. O’Connor (played by William Christopher’s real-life wife Barbara). The scene sticks out like a sore thumb.

I’m not sure want to make of Frank and Margaret going to such lengths to procure an anniversary gift for Colonel Potter. Were they sucking up? Margaret makes it very clear that the gift was only from her and Frank but otherwise there’s no indication that it was an attempt to ingratiate themselves with the new CO. The bust is hilarious. I wonder who carved it and who ended up keeping it (hopefully Harry Morgan). 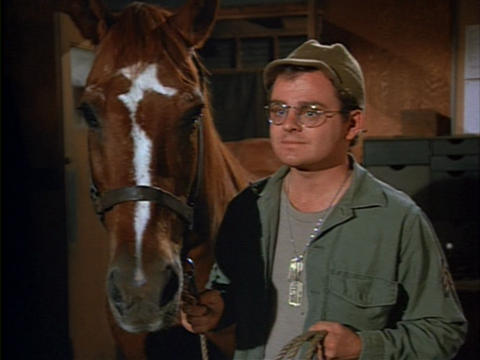 The involvement of a horse couldn’t have made this an easy episode to film. The scene in which the horse kicks through the doors of the supply room (which looks suspiciously like a redress of the Officers’ Club) is impressive. The horse legs are very obviously not actual horse legs but props. If you watch closely, you’ll see one has actually broken in half. And if you watch even closer, you can see hands pushing them through the wood paneling on the door. 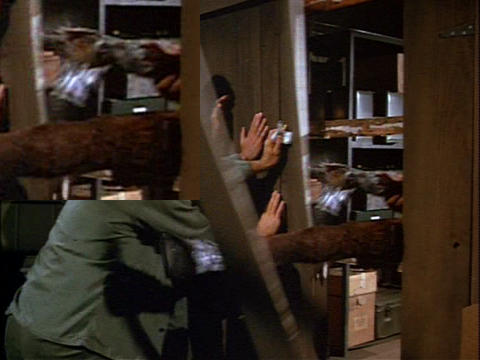 Also, during the following scene at the motor pool, right as Radar says “I’m keeping him” he moves to the left. Behind him you can see several members of the crew, including one in a cowboy hat. I doubt I would have noticed that myself but somebody at TV.com did. 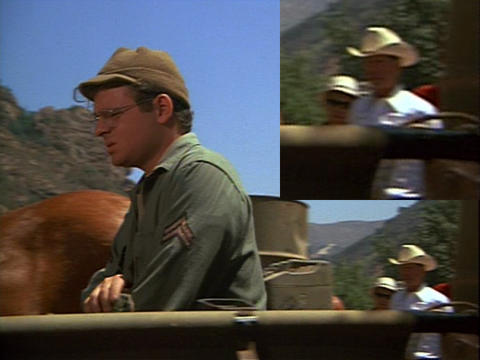 On the subject of horses, this episode contains one of the more infamous continuity goofs of the series. Despite being referred to as a male horse in this episode, Colonel Potter later names the horse Sophie and the horse becomes a she.