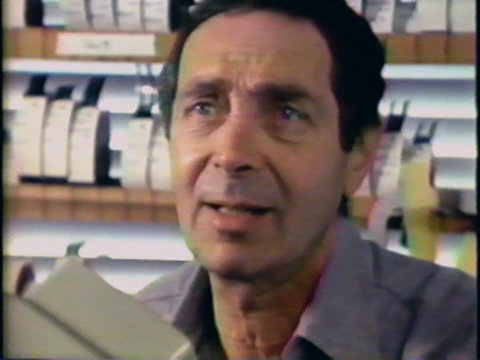 Film editor and producer Stanford Tischler passed away on Wednesday (January 15th) at the age of 92. He worked on all eleven seasons of M*A*S*H as well as AfterMASH and the unsold pilot “W*A*L*T*E*R” staring Gary Burghoff. He edited “M*A*S*H – The Pilot” and stayed with the series for the rest of its run. He was one of several film editors who worked on M*A*S*H. Others included Samuel Beetley, Larry L. Mills and Fred W. Berger. Starting with Season Six, he was also an associate producer for the series.

Tischler was nominated for ten Primetime Emmy Awards between 1973 and 1983 for his work on M*A*S*H, winning once in 1976 for editing “Welcome To Korea” (shared with Fred W. Berger). He was also nominated for nine American Cinema Editors “Eddie” Awards, starting in 1973 for editing “M*A*S*H – The Pilot” (he lost that year to Fred W. Berger, who won for editing “Bananas, Crackers, and Nuts“), and won four.

He was an associate producer on AfterMASH from 1893 to 1985 as well as a film editor. He also edited the “W*A*L*T*E*R” pilot in 1984. Prior to M*A*S*H, Tischler worked as a film editor on a number of television series, including TV Reader’s Digest, Bachelor Father and Nanny and the Professor.

In 2002, Tischler sat down for an interview with the Archive of American Television, during which he called M*A*S*H his proudest career achievement.

An obituary can be found at Legacy.com.