Happy Thanksgiving, everyone. No episodes of M*A*S*H focused exclusively on Thanksgiving. There was one episode that mentioned the holiday and one that dealt with the aftermath.

Season Eight’s “The Yalu Brick Road” took place the day after Thanksgiving, when the bulk of the camp was recovering from salmonella poisoning caused by questionable turkey provided by Klinger. 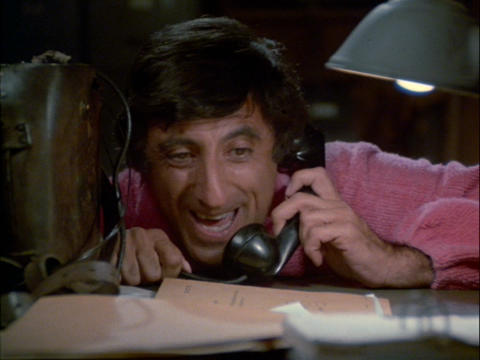 Were there any other episodes of M*A*S*H involving Thanksgiving?

An episode of from the first season of AfterMASH took place on Thanksgiving Day. “Thanksgiving of ’53” saw Sherman Potter and his wife hosting their first family Thanksgiving dinner in many years, with Father Mulcahy, Klinger, Soon-Lee and others invited to join.

In the comments, Benjamin and Chauncy Uppercrust have pointed out that Thanksgiving was mentioned in both “In Love and War” from Season Six and “Trick or Treatment” from Season Eleven.

9 Replies to “Thanksgiving on M*A*S*H”