Brian Rooney, the volunteer in charge of the former M*A*S*H set at the Malibu Creek State Park, is trying to identify a prop sign that was left behind when production shut down. It is the only item that 20th Century FOX did pack up and take away, other than two vehicles that burned during that October 1982 fire that swept through the set (affecting filming of “Goodbye, Farewell and Amen”). 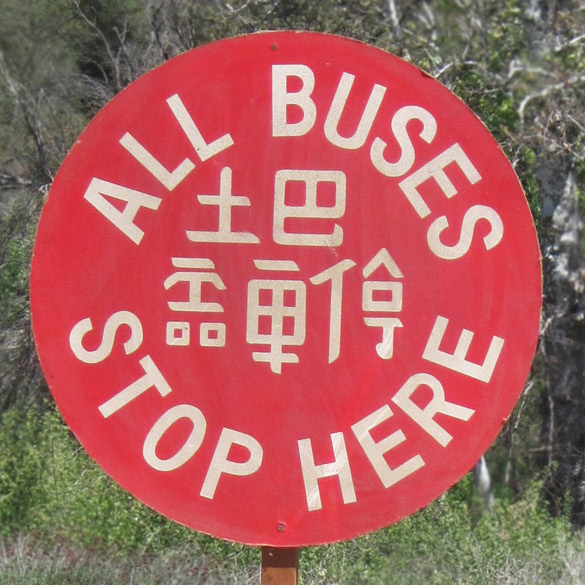 The bus sign certainly has a familiar feel to it. Brian initially thought it could be from “Welcome to Korea” when B.J. first arrives in Korea, but upon closer inspection he wasn’t able to match it to any signs in the episode. If anyone can identity the prop, I know it will be somewhere here. So have at it.