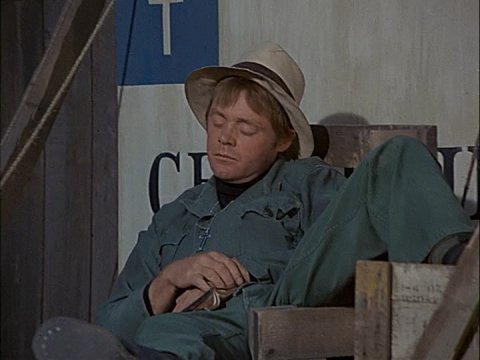 George Morgan (not to be confused with country singer George Morgan) played Father Mulcahy for the first and only time in “M*A*S*H – The Pilot.” When the character resurfaced in the third episode, “Requiem for a Lightweight,” William Christopher had taken over the role. It’s not uncommon for actors who appeared in a pilot episode to be replaced once it has been picked up by a network. In the unaired pilot episode of Gilligan’s Island, for example, the characters played by Tina Louise, Russell Johnson and Dawn Wells do not appear. When the pilot was picked up, however, they were added to the cast. 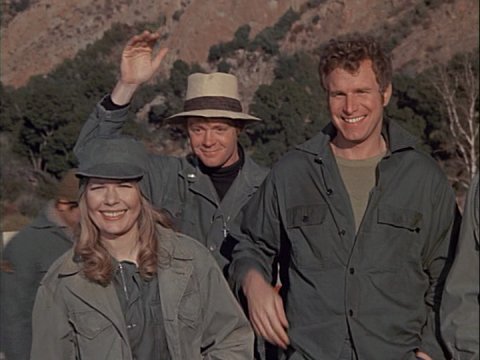 When CBS picked up M*A*S*H, and the producers were faced with the prospect of a weekly series, they decided to replace George Morgan. I assume, but don’t know for sure, that George Morgan auditioned for the role of Father Mulcahy when the pilot episode was under production, and he obviously got it. (I’ve read that when William Christopher came in to audition for the role, he ignored the material prepared for him and instead improvised a priestly speech. But I can’t find any source for this, be it a newspaper/magazine article or a television interview. Was it something he mentioned during a retrospective or documentary special about M*A*S*H? If anyone knows for sure, please let me know.)

George Morgan didn’t have any lines in “M*A*S*H – The Pilot,” at least none that I’ve managed to catch during numerous viewings. Here’s a breakdown of all the scenes that he appeared in:

Additionally, following the tag scene, when the PA announcer lists off the “personnel assigned to the 4077th mobile army surgical hospital,” George Morgan is the fourth-to-last name. The scene in which Father Mulcahy crosses himself while asleep is repeated as his name is called by the announcer. 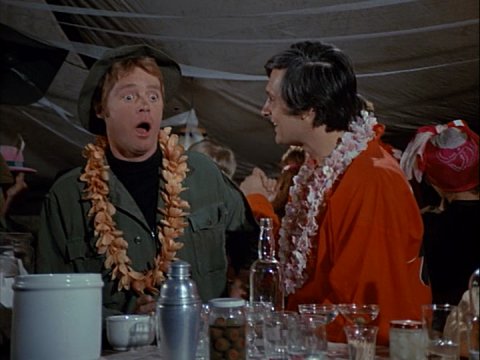 Despite only playing the role of Father Mulcahy in one episode, George Morgan can actually be seen in the opening credits to every episode. If you watch closely, he is shown crouching, hat in his hand, next to Radar as Hawkeye runs toward a chopper. 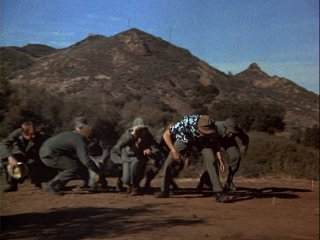 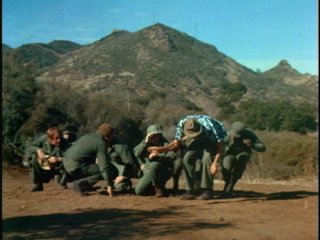 Why was George Morgan replaced? Here’s what series creator/executive producer Larry Gelbart wrote in a May 1999 post to the alt.tv.mash Usenet group:

For reasons having nothing to with that gentleman’s ability, Gene Reynolds and I decided [to] go with Bill Christopher in the role.

And here’s what Gelbart wrote in August of 2002 (I can’t find the original post, but it was quoted in full in a November 2002 post by someone else)

George Morgan is a perfectly fine actor. We wanted someone who had a quirkier personality – one we wouldn’t have to write into the script.

According to his Internet Movie Database entry, George Morgan made only one additional television appearance after “M*A*S*H – The Pilot,” in an episode of ABC’s Wide World Mystery in January of 1973. And he only had a handful of earlier credits, including a pair of episodes of Bonanza and an episode of The Interns (which co-starred Mike Farrell).

I’m incensed! I am outraged! Where is your decency, man? Your humanity? I am acrimonious! I am not a man given to physical demonstrations of emotion, but let me tell you, I can be persuaded to violence.

15 Replies to “Characters Played by More than One Actor”