Here’s the first of two goofs from the Season Six episode “Potter’s Retirement,” originally broadcast February 20th, 1978. Unfortunately, I don’t have the name of the person who sent this one in. But here’s the goof:

The Kentucky Derby is taking place and the gang decides to have a party in the Mess Tent. As Potter enters in the background, they are singing and Hawkeye is straddling a wood thing. While he’s singing, he loses his balance and is falling off the wood thing and has to grab BJ’s shoulder for support while he regains his balance.

Sure enough, these images show Hawkeye (and Alan Alda) losing his balance. Notice the man in the background with his arm around a nurse (who looks like Marcia Gelman) is grinning in the second image. Notice, too, that the sawhorse Hawkeye is sitting on is named Whirlaway, after the 1941 Triple Crown winner. 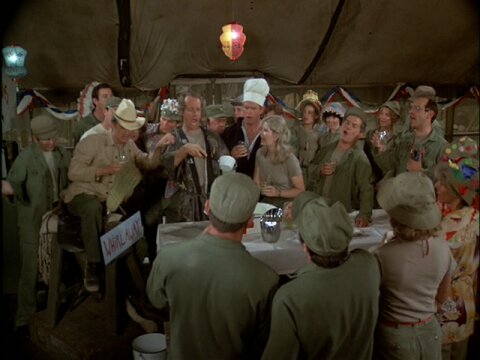 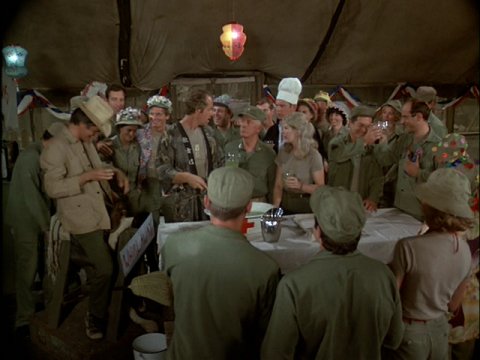 Check back tomorrow for the other “Potter’s Retirement” goof.