Talk about all things M*A*S*H -- the novel, the film, the television series, even the play. Not to mention the spin-offs, merchandise, cast, crew and anything else you can think of to talk about.
Post Reply
8 posts • Page 1 of 1

I have a very nice copy of M.A.S.H's Greatest Hits LP; it is not autographed or anything but is in great shape (jacket and disc). Looking to see if there is any interest among forum members for this item. 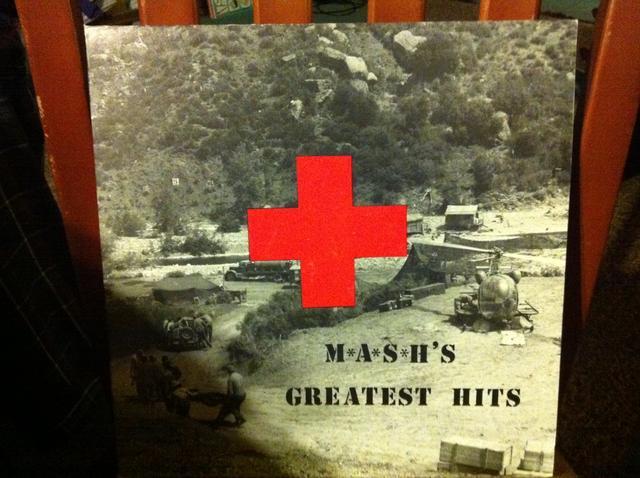 I wish I had a record player.

Do you have a track listing? Or anything about how many of these were made? I have seen at least three up for auction over the past few years but very little actual information about the contents.
Top

I believe the album contains the cast and crew singing songs (Christmas songs, perhaps) from 1976 or 1977. It is not music from either the movie or the series. A very limited number of albums were issued, likely only to the cast and crew, which is why they so rarely show up for auction.
Top

It's almost kind of like how the cast of Hogan's Heroes (sans Hogan) put out an album themselves...

Is it from the movie or the TV show. The cover of the LP is from the movie, you can tell from the chopper. It is a Bell 47G and in the show they only used Bell47D except for the pilot when a Bell 47J was shown even though they weren't used in Korea. Fun Fact.
Top

Sorry guys, I forgot I posted to this forum and frankly was expecting email notifications of replies. I still have the album; it's basically "musical numbers" from various M*A*S*H episodes. A way for fans to relive the episodes before the YouTube days. If someone wants to make an offer... here or at vinylestatesale(at)gmail(dot)com
Top
Post Reply
8 posts • Page 1 of 1