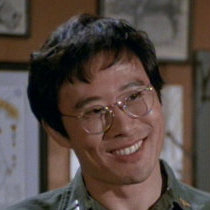 Actor Soon-Tek Oh, who guest starred in five episodes of M*A*S*H between 1974 and 1982, died last Wednesday (April 4) at the age of 85. Born in Korea under Japanese rule, Oh later emigrated to the United States with his family. He began acting in the mid-1960s with guest starring roles on TV shows like I Spy, The Invaders, and The Wild Wild West. He played Lieutenant Hip in the 1974 James Bond film The Man with the Golden Gun and voiced Fa Zhou in the 1998 Disney film Mulan (and its 2004 sequel).

Obituaries can be found at Deadline Hollywood, The Hollywood Reporter, and Variety.