Actress Corinne Camacho, who played Lieutenant Regina Hoffman in “L.I.P (Local Indigenous Personnel),” passed away last month at the age of 68. Her character, credited only as Regina in the episode, was pursued by Hawkeye until she revealed herself to be a racist who didn’t want Koreans marrying whites. Camacho’s acting career began in 1967 with an episode of The Wild Wild West; she had a recurring role on Medical Center from 1969 to 1972 and played a fembot on The Bionic Woman and The Six Million Dollar Man in 1976. According to TV.com, Camacho (who also went by Corinne Michaels) was born in 1941. 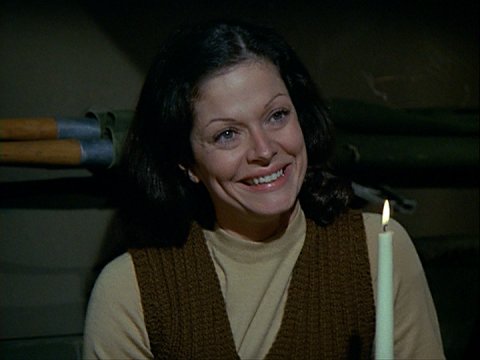 An obituary can be found at Variety.com (registration required). Thanks to Dan for informing me of Ms. Camacho’s passing.