Talk about all things M*A*S*H -- the novel, the film, the television series, even the play. Not to mention the spin-offs, merchandise, cast, crew and anything else you can think of to talk about.
Post Reply
12 posts • Page 1 of 1

I'm curious to hear your thoughts on which gal you thought was a perfect fit for Hawkeye.

Even though Hawkeye's not the settling down type, if he was ever to choose a gal to be exclusive with, I would hope it would be Inga.

I thought she was so sweet, cute, funny, smart, and beautiful. The fact that she was also a top notch surgeon makes her unique, adds a little depth to her and is something that could help both of them connect. As long as Hawkeye's male ego got over learning from a woman, I think those two could learn so much from each other and help and support each other, since both of them are so talented.

In some alternate M*A*S*H universe, I would have loved to have seen Hawkeye visit Inga in Sweden, maybe convince her to come back to the States with him and open a practice. I think they could do some great work together.
Top

Y'know, it's hard to think of just one lady for Hawkeye, mainly because there were so many he's been involved with, that it's really hard to narrow it down.

Out of all the women he's been involved with on the show, he seemed to have the strongest feelings for that Korean aristocrat (I can't think of her name at the moment), he seemed to genuinely be in love with her, and truly heartbroken when she was leaving Uijongbu... it wasn't one of my favorite episodes, despite Alan's writing and directing (and the fact that it's one of his favorites).

IMO, he seemed to only have short-term infatuation for Inga.
Top

That's the other lady I had in mind for Hawkeye.

With most of the nurses, he had a more playful quality and didn't have much deep emotions for them. With Kyung Soon and Inga it seemed like he quickly saw them not as a plaything, but as two remarkable and talented women. It seems as if both were short term infatuations, because both women eventually went their own way, and Hawkeye would go his way when the war was over, and love is still tough to overcome time and distance. Even if it was short term, I thought with those two women, his feelings went a little deeper.

I always wonder if Hawkeye was hesitant to ever have deep emotions and attachment to a woman. Seeing his mother pass away at a young age, and watch his father being a widower for such a long time, maybe Hawkeye felt it was easier to not get too attached to anyone and have them taken away at some point by certain circumstances. Also being in a close relationship with Carly Breslin for a long time and having her leave, maybe after being hurt, he was always compensating to try to not to have his heart broken again.

I think deep under the exterior is a genuine sensitive soul.
Top

Lol, Carlye Breslin inspired me to name one of my puppets Carlye, I always try to find names you don't hear very often for fictional characters... then iCarly came around (but then again, my universe's leading lady was meant to be THE Bethany before that Frankel reality chick came along make the name hers, lol).

Carlye was an interesting story, but it makes sense, Hawkeye is one of those people whose work is always going to be the top priorty, and as such, he wouldn't have been much of a family man, and IIRC, they WERE engaged, weren't they? I know Hawkeye said they were living together, which could have also done some damage: I know people say half of all marriages end in divorce, but studies show that couples who live together before marriage are the ones who more likely get divorced than couples who don't.

But still, this has turned into an interesting discussion... Hawkeye could very well be more complex a man than we may realize... there could be a number of different variable factors at play here: why can't he just settle down and commit already? It could very well be psychological with losing his mother, it could be Carlye walking out on him, it could be because his priorities are askew, of course, I think there's been recent studies (mainly because of people like Tiger Woods, Jesse James, AHHHHNOLD, etc) as to whether or not there could very well be a "cheating gene" (let us not forget the lost episode "Hawkeye on the Double" in which he was dating two nurses at the same time, and when they find out about each other, they both pretend to be pregnant to get even with him)... who knows?

Of course, with that in mind, what can be said about Trapper, Henry, and Frank? Now granted, Frank had one steady affair with Margaret (who in turn was having affairs with practically all the Generals, and other higher ranking guests and such), but Trapper was as big a womanizer as Hawkeye,and he never seemed to show remorse for his actions, it doesn't even seem like he genuinely loves Louise, but he obviously adores his daughters (but then again, he seems to love kids in general). Henry had a mistress in Season One (Leslie Scorch), and a brief affair with Nancy Sue Parker, but he had other flings as well, though once he learned that Lorraine had been cheating on him as well seemed to shock him back to reality.

I will say this though, with how Hollywood/celebrities marriages never last, I admire that Alan and Arlene Alda have stayed together for all these years for so long... since highschool; I LOVED the footage from the Emmys where Alan won for writing and directing "Inga", and how Arlene was for him, she was absolutely beaming.
Top

I have to say that as much as I'm a fan of Hawkeye, his storylines that involve him having serious feelings for a woman always leave me a little bored. Maybe it's because you know how it's going to end, maybe it's because they're never going to be more than a 23 minute affair makes it hard to feel too much of the apparent love he's got for these people.
So I suppose that's why I at least found Hawkeye & margaret's releationship over the course of the show fairly interesting because it was able to grow and not just be a one time thing and they did revisit it after the double parter Commrades in Arms, like there's an episode where Scully comes back and Margaret tries to please him by changing herself and he wanted more and she had a nice scene at the end with Hawkeye.

As for Hawkeye, he does tend to keep his feelings underwraps as much as possible. For someone who talks a lot and gets very passionate about things that anger him, when it's anything more personal he always tries and keeps them hidden. I know we're talking about women, but in Sons & Bowlers when Hawkeye's Dad is going for an operation he doesn't tell anyone about it and it's only with Charles over-hearing about it that he knows. So it makes sense that he never talks too much about the women that affect him. He does talk to BJ a bit about Carlye when she arrives, but he'd obviously never mentioned her before and as you guys have pointed out, them seperating does seem to have made a big impact on him.

I really couldn't imagine him ever taking a relationship serious while he was in Korea because there's too much risk of it getting spoilt there. He's seen what married men like Trapper, Henry & Frank have done and he's even seen BJ's solid relationship rocked by BJ's attraction to other women.
I would always imagine that after what he went through in GFA he's priorities might change. He'd already decided that he wanted to give up work in a hospital to work in a smaller doctor's surgery and get to know his patients and maybe that would also lead to him wanting to have someone to share his life with and be a bit more settled down (although I would think that kids might be out of the question).
Top

In my opinion Carlye Breslin seemed perfect for Hawk. They look very good together. Inga was fine too, but he always seemed uncomfortable around her. With Carlye it was different, you could see he wore his heart on his sleeve with her, one of the rare moments Hawk was like that with women. I agree, deep down it's clear Hawk is a very sensitive person, and it's such a shame he gets heart-broken so many times. I guess that's why when the girls from USO come at MASH and one of them falls for him (I think it was in the last season, he did an appendectomy on her, can't remember her name), he pushes her away...
Top

Of course Kyung Soon, but as we know, wartime romances.... I think he and Margaret might have made a good couple AFTER the war, but Margaret was a career army nurse, and Hawkeye was NOT career Army. I think Nurse Kelley would have been a wonderful match for Hawkeye, because of the great person she turned out to be in "Hey Look me Over". Hawkeye would have been really in love with her, since she was not his physical ideal.
Top 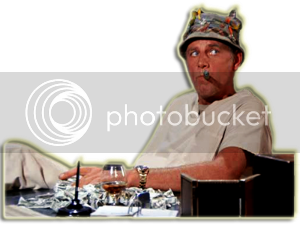 Welcome to the forum Ozzy!

BTW, I rully dug your Henry signature banner! Do you think you could do a Radar one or me?

Thanks! And sure, I'd be happy to.

What kind are you looking for? Up-close shot? Something specific? I took that Henry as a screen-grab and then whittled it away in Photoshop. If you have a favorite Radar moment or shot in mind, let me know. I should be around these forums this weekend.

I'm thinking perhaps maybe something with him being Big Daddy O'Reilly, lol, that would be epic, I'd appreciate it!