Talk about all things M*A*S*H -- the novel, the film, the television series, even the play. Not to mention the spin-offs, merchandise, cast, crew and anything else you can think of to talk about.
Post Reply
2 posts • Page 1 of 1

On the rear of some of the helicopters there is a triangular panel with some white lettering and numbers. It almost looks like it ends in '7147'.

Does anyone know what the letters and numbers are on the rear panels? 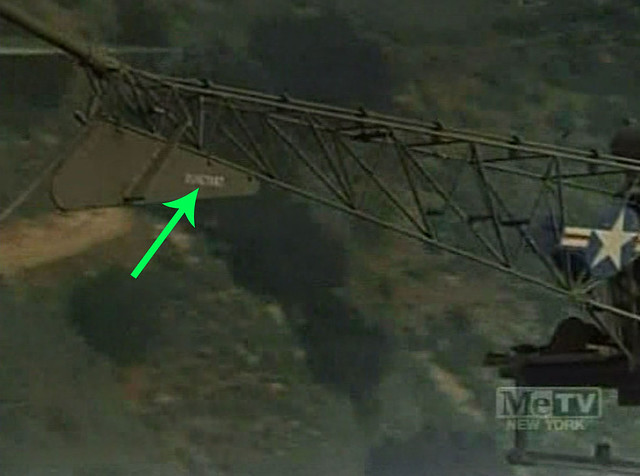 They're US mil registration/serial numbers. All military aircraft have them. Usually a chopper like that might have had the USAF logo there, but given that there wasn't a whole lot of space to put a serial number on a helo like that, they might have squeezed it in on that vertical stabilizer.

There's an interesting history behind MASH helicopters because they were operated by a variety of services, so if it was AF, then that was the logo which might show up. Initially, the Army brass wasn't all that convinced about the effectiveness of air ambulances other than boosting troop morale. But Korea's road infrastructure was not that good so for absolute life saving, you needed a chopper to get a wounded person out.

Later on, it was dedicated MASH pilots who were assigned to the choppers instead of rotating assignments carried out by AF or even Marine helos.
Top
Post Reply
2 posts • Page 1 of 1